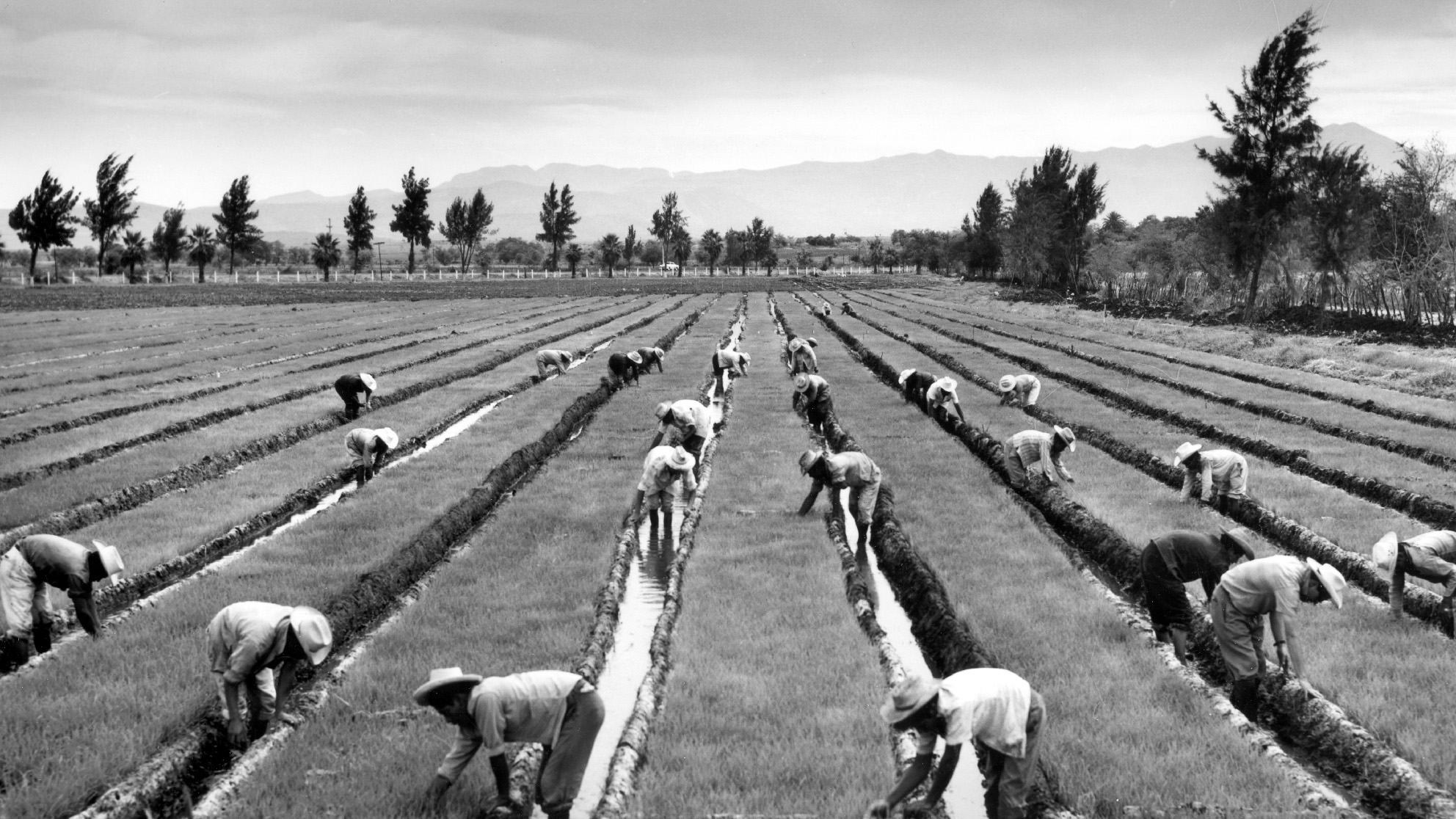 For this edition of our New Research series, we include four recently published RAC Research Reports for which the authors consulted the archives of the Rockefeller Foundation, the Ford Foundation, and the Population Council.  The topics discussed in these reports provide a peek into the expansive archival holdings at RAC.

The concept of “cultural development” was greatly expanded to include new efforts in the 1950s such as the support for the Louisville Philharmonic Society’s recordings of new American music, and the funding of cultural organizations, such as the City Center for Music and Drama, and later, Lincoln Center for the Performing Arts.  In addition to providing grants to institutions, the Rockefeller Foundation gave fellowships to individual artists and scholars in the field.

Using a series of tables and charts, the author shows in this report how the Rockefeller Foundation’s commitment to the arts, despite overall changes in its philanthropic agenda, has continued to remain strong. Michael Uy is currently a dean of Harvard College and lecturer and associate director of undergraduate studies in the Harvard University Department of Music.

The report focuses on the activities of the Pakistan Academy of Rural Development in Comilla, a mostly rural region, thirty miles north of the Bay of Bengal.  She traces how Pakistani government policies aimed at modernizing the country’s rural population were translated into action on the ground.  Central to these efforts was the government’s commitment to rein in population growth, an overarching issue that impacted food self-sufficiency.

Under the directorship of Akhter Hameed Khan, the Academy in Comilla relied on the expertise of social scientists from Michigan State University and from the Ford Foundation, as well as Peace Corps workers, to help devise plans to disseminate family planning programs among the populace.  It fostered the creation of village co-operative societies, and then trained local female agents to provide information about family planning and to distribute contraceptives to villagers. Amna Qayyum notes that even after Bangladeshi independence, the general parameters of the Academy’s work were continued in the region.

“The Aesthetics of Scientific Neutrality” by Nikki Moore

Nikki Moore begins her research report, “The Aesthetics of Scientific Neutrality,” with a discussion of the influence of the international style on architecture.  She then proceeds to take the modernization concepts underlying this style and examines how this same set of aesthetics played a role in agricultural development.

Specifically, her report pivots to the Rockefeller Foundation’s initiatives, first in Mexico, and then in Colombia, to increase crop yields.  This philanthropic and scientific endeavor, which spanned decades and spread beyond those two countries was later known as the Green Revolution.  The author refers to this seemingly far-afield application of international-style aesthetics as “scientific neutrality.”  She maintains that its underlying philosophy is based on the notion that there are scientific and technocratic solutions to problems that are fundamentally social and political in nature.

Dr. Moore is a postdoctoral fellow in global architecture at Wake Forest University.

“The Ford Foundation and India’s Planning Commission” by Nikhil Menon

Nikhil Menon is an assistant professor in the University of Notre Dame’s Department of History who specializes in the political and economic history of modern India.  His research report, “The Ford Foundation and India’s Planning Commission,” argues that in seeking to further its economic development while navigating the Cold War environment, India chose a path of “planned democracy.”

This policy drew from both poles; it combined centralized government planning for its economy in a political setting of a vibrant parliamentary democracy.  To carry out these plans, India turned to the Ford Foundation, which provided extensive grants, starting in the early 1950s.  Of particular interest to this researcher were the Foundation’s grants supporting economic training and research, as well as acquisition of computer technology.

From India’s perspective, these grants were critical components for effective economic planning, for the development of its data technology capabilities, as well as for bolstering key national institutions for economic research.