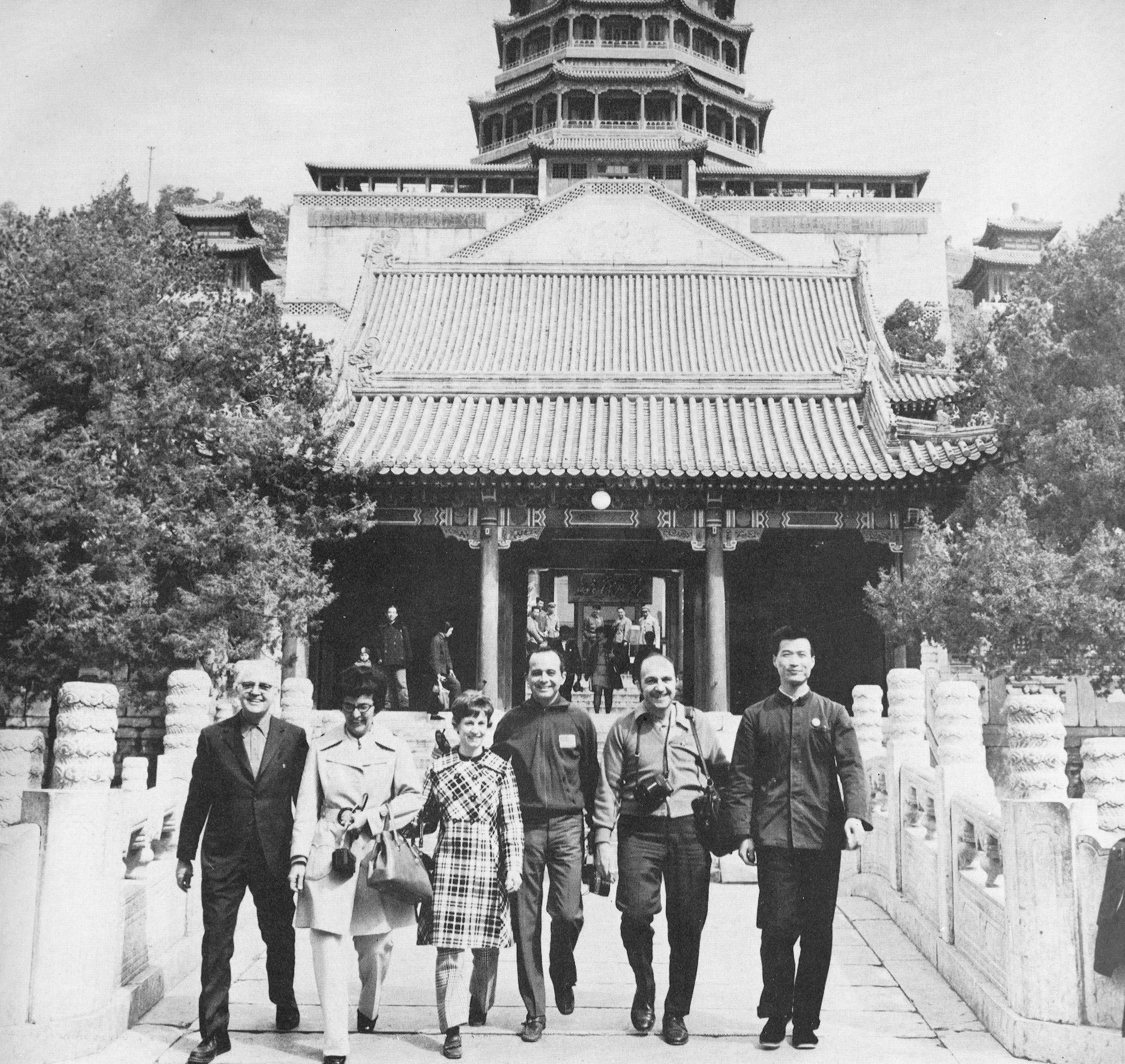 New Research: Public Health in Haiti, the Green Revolution, US-China Relations, and Law of the Sea

For this edition of our New Research series, we present four recently published RAC Research Reports that cover a wide range of subject areas and regions of the globe. The reports draw from archival material from a number of different collections in our holdings: the records of the Rockefeller Foundation (RF), the International Basic Economy Corporation (IBEC), the National Committee on United States-China Relations (NCUSCR), the Social Science Research Council (SSRC), and the Ford Foundation.  They also use the papers of RF President J. George Harrar and NCUSCR Program Director and VP Douglas P. Murray.  While the reports’ themes are very diverse, they all reflect on the impact of philanthropy in multiple arenas.

“The Role of the Rockefeller Foundation in the Origins of Treponematosis Control in Haiti, 1915-1927” by Elliott Reichardt

Elliott Reichardt is a graduate student in the Department of Anthropology at Stanford University.  His academic interests in the interaction of government, philanthropic activities, and public health are reflected in his research report, “The Role of the Rockefeller Foundation in the Origins of Treponematosis Control in Haiti, 1915-1927.”

This paper examines the various forces at play that ultimately selected treponematosis as a key target for public health campaigns in Haiti during the 1920s.  At the time, Haiti was under US occupation and US authorities were keenly aware of the complex public health needs of the populace. They also sought justification for the legitimacy of their control of the country.  As a result, Haiti’s Public Health Service turned to the Rockefeller Foundation (RF) to conduct a “General Disease and Sanitary Survey of Haiti” in 1924, under the auspices of the International Health Board.

While the goals of the survey and the subsequent public health campaign were not identical for the occupation authorities, they did greatly overlap.  Reichardt points out that they both recognized the ease and low-cost of treating yaws (the most common form of Treponema infection). The occupation authorities and the RF also understood that successful public health campaigns sent important positive social and political messages about the value of modern medicine and those who provide it.

“The Green Revolution’s Alignments with American Agribusiness” by Aaron Eddens

In “The Green Revolution’s Alignments with American Agribusiness” Aaron Eddens provides insight into his research at RAC on how the concerted efforts to develop high-yield varieties of corn and wheat were a boon to American corporations.

The story of the Green Revolution and the role of the Rockefeller Foundation, and later the Ford Foundation, in spearheading these efforts, have attracted significant scholarly attention.  However, much of the research has focused on philanthropic engagement with government authorities and research scientists, such as in Mexico and India.  Eddens argues that in order to understand the current private-public partnerships between multinational corporations and international agricultural development agencies, it is essential to trace the beginning of philanthropic and governmental engagements with agribusiness, starting in the early postwar decades.  His research also analyzes the role of the Green Revolution in stemming the spread of a “Red Revolution” in developing countries.

Eddens conducted research at RAC in 2016 while writing his dissertation on the social, environmental, political implications of crop seed development, making use of the Rockefeller Foundation archives, the International Basic Economy Corporation archives, and the personal papers of RF President J. George Harrar. Dr. Eddens is now an assistant professor at Grand Valley State University.

“People-to-People Contacts between China and the United States in the 1970s: Report on Materials at the Rockefeller Archive Center” by Pete Millwood

Pete Millwood is a scholar of modern Chinese history who has written extensively about Sino-American relations in the Cold War era.  In “People-to-People Contacts between China and the United States in the 1970s: Report on Materials at the Rockefeller Archive Center,” he surveys the various collections at the RAC that have proven useful for his research.

The records of the National Committee on United States-China Relations have figured prominently in his publications.  Starting in the late 1960s, this nonprofit organization fostered cultural and person-to-person contacts between the United States and China.  These efforts helped pave the way for the re-establishment of diplomatic relations between the two countries.

Dr. Millwood recommends that other researchers interested in this topic also look at the records of the Social Science Research Council and the personal papers of Douglas P. Murray for additional insight into how non-governmental organizations and prominent individuals influenced the changing relationship between the two superpowers.

“The Ford Foundation, NGOs, and the United Nations Convention on the Law of the Sea” by Shaine Scarminach

“The Ford Foundation, NGOs, and the United Nations Convention on the Law of the Sea” tells an important story about the impact of foundations on the development of global law regarding the oceans through their support of non-governmental organizations.  The report’s author, Shaine Scarminach, points out that the implementation of the Convention in 1994 was a culmination of over three decades of formal worldwide conference meetings, as well as academic and expert gatherings and deliberations.

The Convention president referred to the law as “a constitution for the oceans.” It created a mechanism to protect the ocean’s ecology, codify rights and responsibilities of nations regarding the sea, and begin to address deep disparities between the Global North and Global South about access to oceanic natural resources.  Mr. Scarminach provides examples, such as the Ford Foundation’s support for the Scripps Institute of Oceanography’s new Center for Marine Affairs and for the American Society of International Law; these targeted grants were critical in enabling the voice of non-governmental organizations, with limited resources but important insight, to be heard.

Shaine Scarminach is a doctoral student in the Department of History at the University of Connecticut.