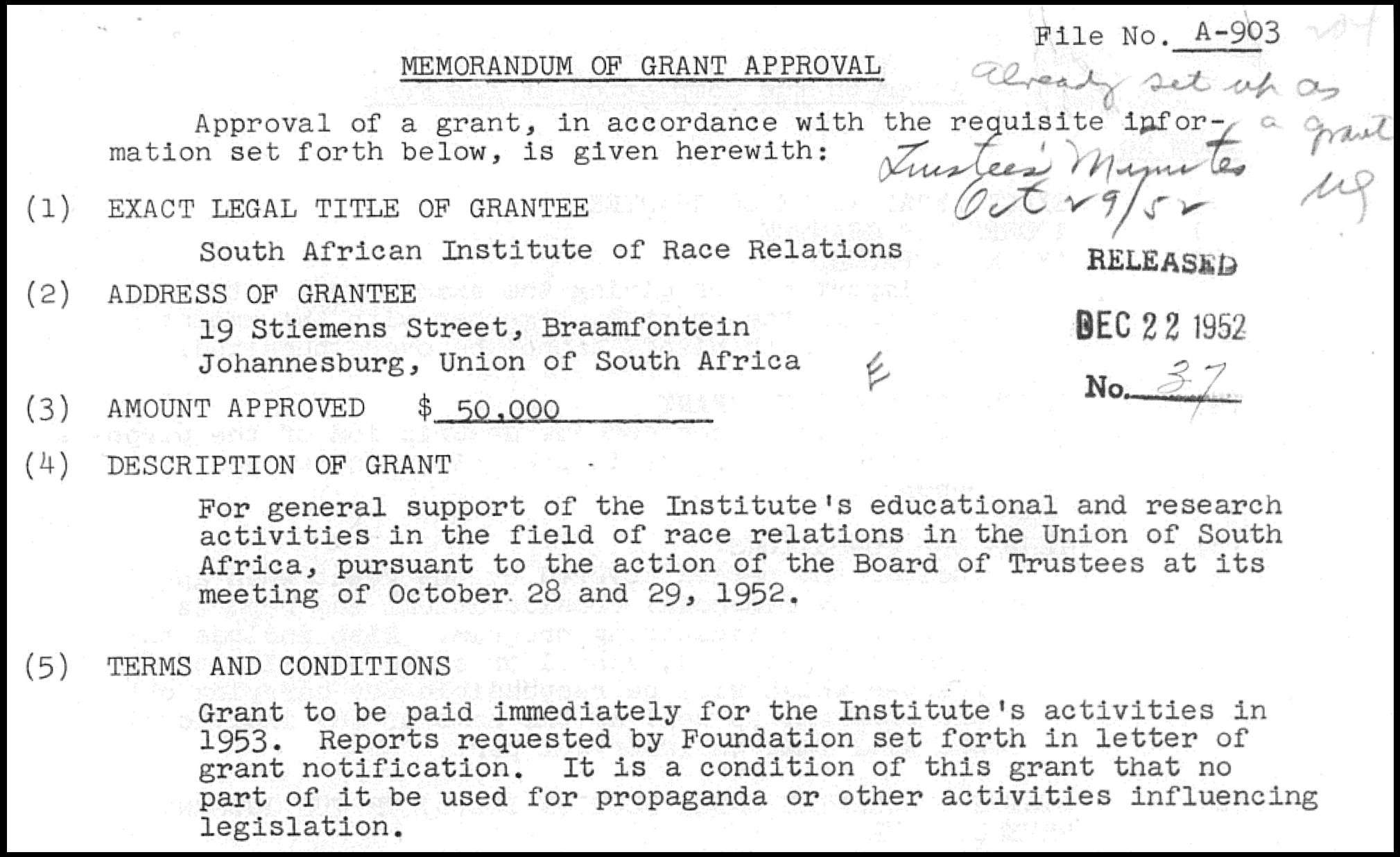 In Brief: The South African Institute of Race Relations

Established in 1929, the South African Institute of Race Relations (SAIRR) is one of the longest-standing independent research bodies dedicated to race and minority rights in South Africa. The Ford Foundation began to support the SAIRR in 1953, a few years after the start of apartheid in 1948 and the passage of the Group Areas Act of 1950. In a grant recommendation memo, Ford Foundation staff described the SAIRR as “one of the few moderating influences in the current dispute.”“The Institute’s Work” Grant #05300202. Ford Foundation records, Rockefeller Archive Center.

Writing about the grant’s progress a year later, SAIRR Director Quintin Whyte wrote to Ford program officer Edwin Arnold, “This last year has been extraordinarily hard and we have been so hard at work that some of us wondered whether we could continue to take the strain.” Nevertheless, he assessed: