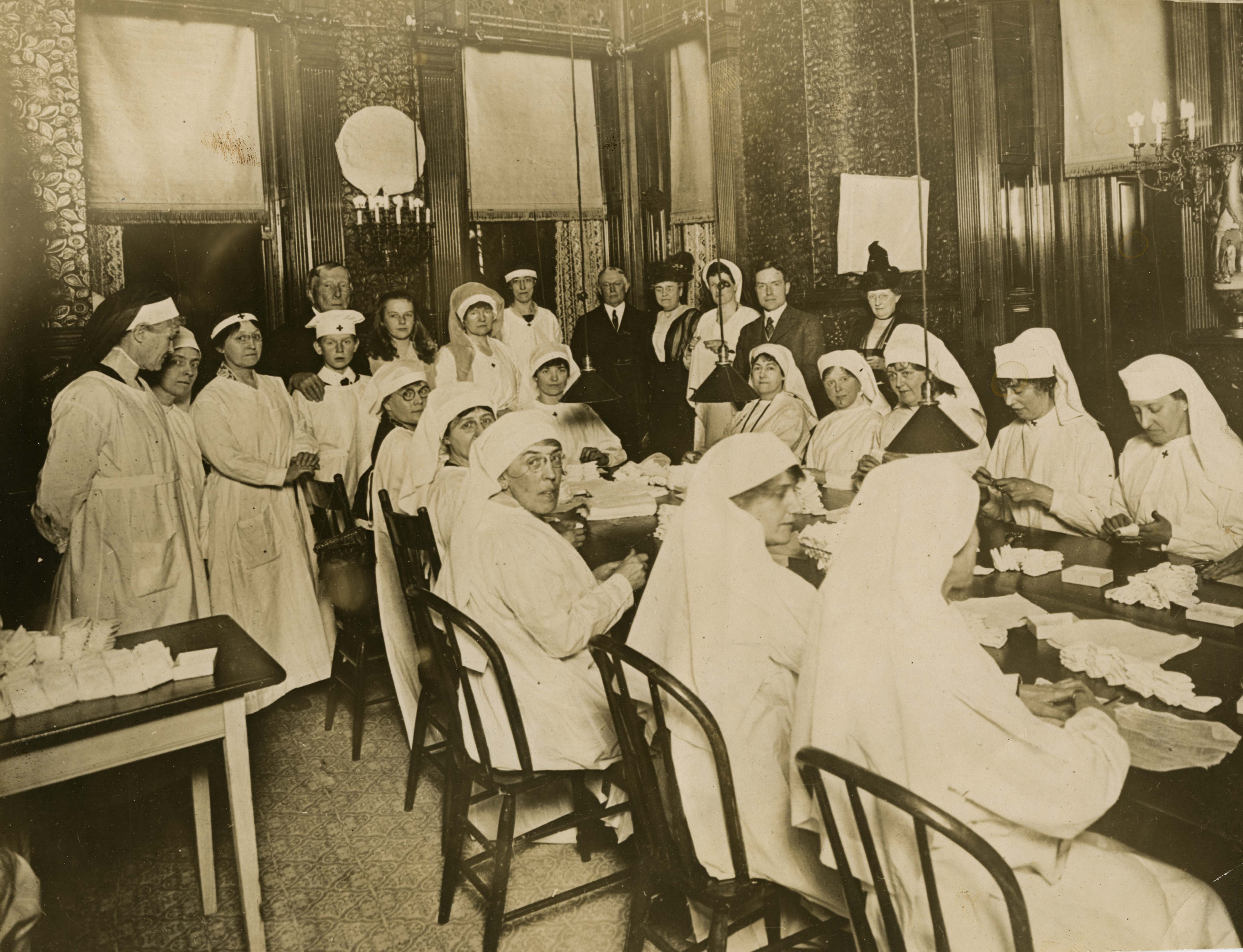 The onset of World War I created unprecedented needs and new demands on American foundations. Several organizations were founded in direct response to the conflict. RAC holdings from the Rockefeller family, Rockefeller Foundation, Commonwealth Fund, and Near East Relief document US philanthropy’s relief efforts for Europe.

The Red Cross “Mercy Ship” set sail at the start of the war, carrying doctors, nurses, and necessary medical equipment. John D. Rockefeller, Jr. used his checkbook as well as his cultural influence to provide funds and garner support for the organization. 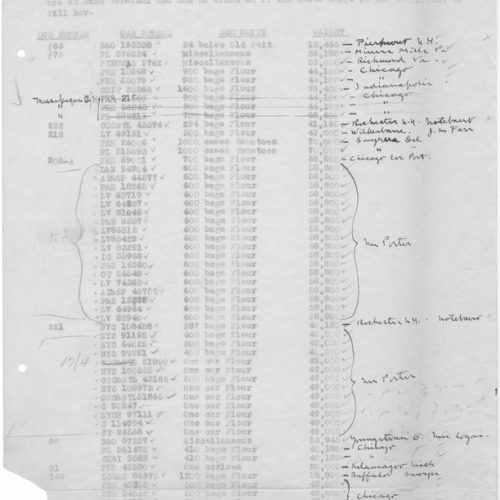 In the opening years of the war, American charitable organizations could be part of war relief efforts without any political ramifications, since the United States was not engaged in the conflict. The newly chartered Rockefeller Foundation, for one, responded to the humanitarian crisis in Europe by providing food and medical relief, and by working with organizations such as the Red Cross and its own War Relief Commission. By the time the US entered the war in 1917, the Foundation had spent $22 million on the effort — more than the US federal government would spend on relief. 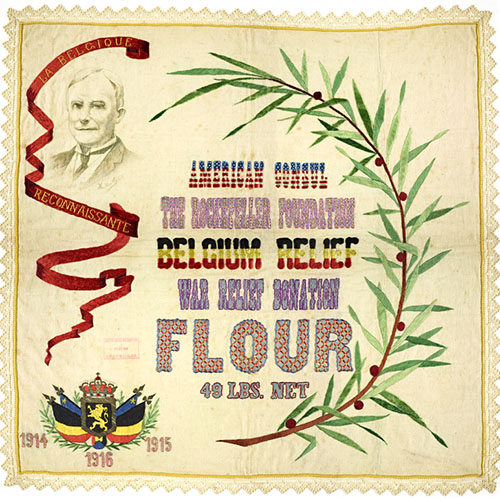 Food and Supplies Shipped to Belgium


After the war broke out, the Belgian population was suffering heavily from food shortages. US Food Administration director Herbert Hoover founded the Commission for Relief in Belgium (CRB) to solicit widespread support from the American public. As part of the CRB’s efforts, the Rockefeller Foundation chartered a fleet of cargo ships to deliver supplies. In November 1914, the SS Massapequa arrived in Rotterdam with flour, bacon, beans, and rice. In a gesture of appreciation, local school sewing classes embroidered flour sacks. Three of them were eventually given to the Foundation. 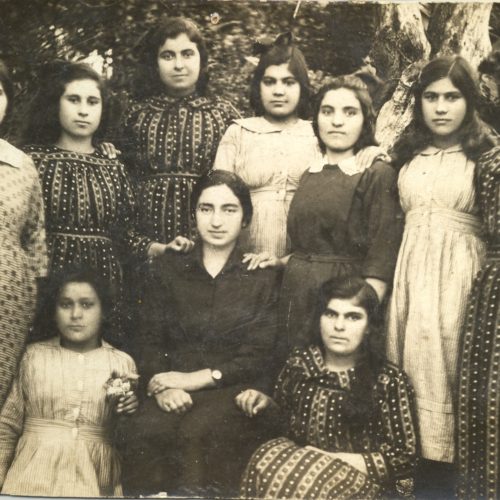 The ACASR was founded to help people imperiled by wars throughout the collapsing Ottoman Empire. The ACASR later became Near East Relief and it raised the enormous sum of $100 million between 1915 and 1930 to help refugees fleeing conflicts in Armenia, Syria, and Greece.

The United States Enters the Conflict

With the US entry into war, the neutrality of American organizations working in Europe was no longer ensured. Consequently, the Rockefeller Foundation’s War Relief Commission ceased operations. From that point forward, the Red Cross administered RF relief funds. 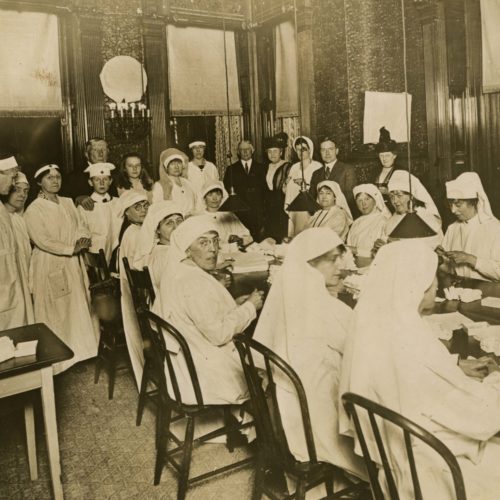 Longstanding supporters of the Red Cross, John D. Rockefeller, Jr. and his family stepped up efforts to attract support for the Red Cross by visiting local volunteers and helping to roll bandages. 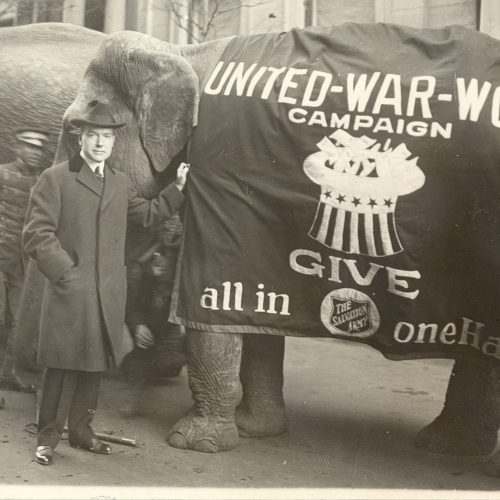 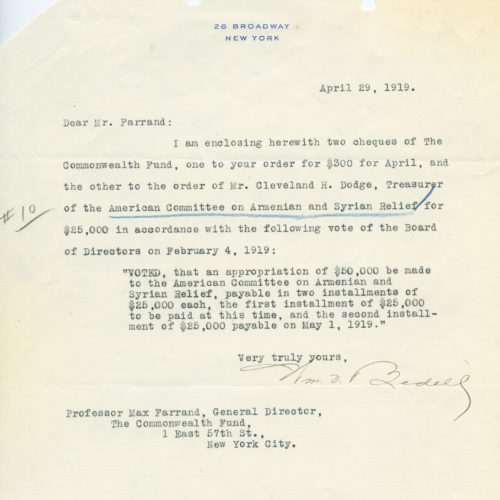 The Commonwealth Fund, which was incorporated in 1918, made one of its first grants to the American Committee for Armenian and Syrian Relief to help ameliorate the effects of the Armenian genocide and do something about the resulting refugee crisis.

The Treaty of Versailles officially instituted peace among the formerly warring nations. 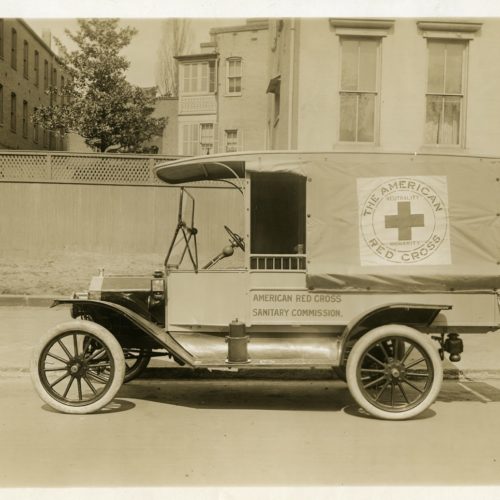 Rebuilding a Cathedral: The Media, American Money, and French Heritage

Stepping in to save French monuments without stepping on French pride.

Profiles of Women in Philanthropy

In honor of Women’s History Month, we highlight thirteen individuals from our collections to show the range of contributions women have made in the field of philanthropy and in the world at large.

Funding a Social Movement: The Ford Foundation and Civil Rights, 1965-1970

A story recounting many accusations, from rigged elections to the meddling of big private money in grassroots organizing.