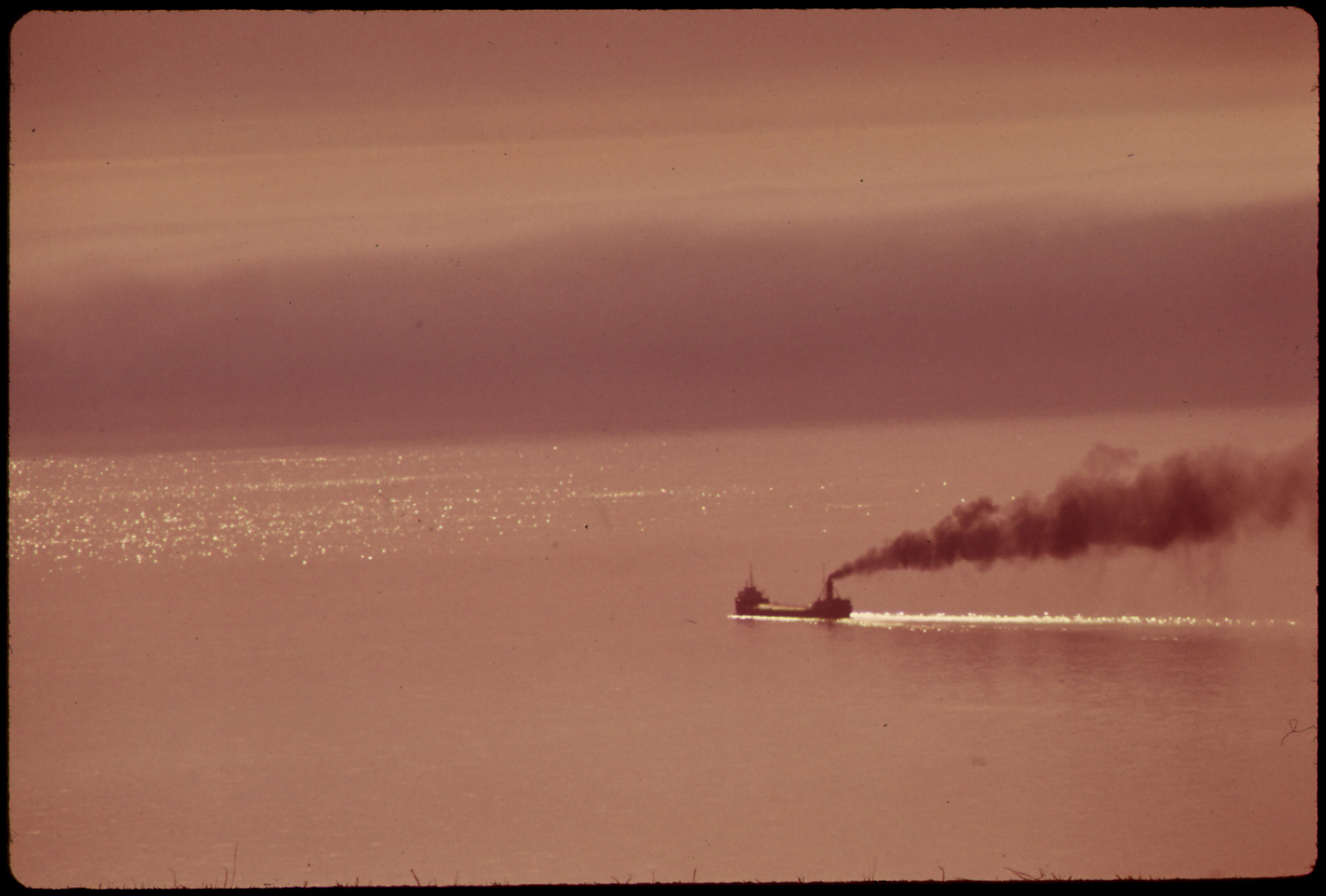 The Rockefeller Foundation Makes its First Foray into Environmentalism

The Rockefeller Foundation’s first full-fledged environmental effort, the Quality of the Environment program, was approved by the trustees in December 1969. It came in response to the modern American environmental movement that emerged after World War II and gained momentum in the late 1960s and early 1970s.

Whereas early 20th century environmental efforts focused largely on wilderness preservation and resource conservation, in the postwar period the movement shifted in a more radical direction — emphasizing the environmental impact of business, agriculture, suburbanization, and consumer culture. Rockefeller Foundation staffers would argue that the Quality of Environment program’s work was guided by the recognition that,

Man is now degrading his environment at a terrifying rate. The cumulative effects of advancing technology, massive industrialization, urban concentration, and population growth have all combined . . . not only to create imminent danger to the quality of human life, but even to pose threats to life itself.

Rockefeller Foundation President George Harrar was integral to the program’s development. Harrar was a biologist and plant pathologist who began working for the Foundation’s Mexican Agricultural Program in 1943, and played a central role in the “Green Revolution” that increased global agricultural production in the 1960s. Harrar’s interest in developing an environmental program likely emerged in part out of concerns about environmental problems associated with the Green Revolution. Harrar was also under pressure from trustees to do more grantmaking in the United States; the Foundation’s major programs in the 1960s all focused internationally on developing countries. The environmental program, with grants focused on the US, would fill this domestic need.

The program officers drew on a long Rockefeller Foundation tradition of identifying a need in the field, building up academic departments, training young scholars, and supporting basic research to strengthen the field. Acknowledging that environmental problems often generated tremendous “conflict and confrontation,” the program staff believed that

[T]he American university represents a key resource in providing an enlightened neutral ground for resolving such confrontations relating to the environment.

The Quality of Environment program officers, mindful of the Rockefeller Foundation’s agricultural legacy, also honed in on environmental problems coming out of the Green Revolution. In particular, the program supported basic scientific research focused on the intensive agricultural use of pesticides and fertilizers.

The officers sought to address concerns about the health risks and environmental effects of pesticides such as DDT. They made grants supporting research to identify less toxic alternatives, from biodegradable insecticides, to using insect juvenile hormones to interrupt pests’ life cycles, and using insect pheromones to disrupt pests’ mating.

that the nation’s progress in improving the environment could be accelerated markedly if specialists . . . were to work together to identify critical issues and resolve problems of defined geographical regions.

In response, the Foundation funded several regional environmental management projects. The most widely-publicized was the Hudson River Basin Project (1973-1976), which examined how environmental problems were managed in the New York metropolitan region and the counties comprising the Hudson River watershed. It then sought to determine whether this regional approach to environmental problems could lead to “improved public policies and coordinated research programs.”The Rockefeller Foundation, Annual Report 1974 (New York: The Rockefeller Foundation, 1974), 98.

Although the project generated a great deal of research, it was, in the end, largely unsuccessful in its policy aims.

More successful was the Lake Superior Project at the University of Wisconsin’s Institute for Environmental Studies (1974-1978). The project conducted a comprehensive study of the Lake Superior region, with an eye toward balancing economic development with environmental quality, and influencing regional policymaking. RF support was also instrumental in strengthening the University of Wisconsin’s relatively new Institute for Environmental Studies, and in so doing, training graduate students who went on to key positions in state and federal agencies.

In the 1970s climate scientists had not yet reached a consensus on how, why, or whether the climate was changing. The Foundation funded essential early climate research, and played a key role in convening early climate conferences. Beginning in 1974, the Quality of Environment program and the Rockefeller Foundation’s Conflict in International Relations program jointly supported the work of the Climatic Research Unit at the University of East Anglia in Norwich, England, led by Professor Hubert H. Lamb.

In 1978, the Foundation contributed additional funds to the University toward the costs of an interdisciplinary International Conference on Climate and History. The Foundation’s work in this area continued even after the Quality of Environment program folded in 1978; the Humanities Division contributed funds toward a conference organized by the Journal of Interdisciplinary History about the impact of climate upon history, bringing together historians and scientists.

“Should the Quality of the Environment Program be abolished?”

Rockefeller Foundation program officers were in the unfortunate position of trying to gain their footing in the midst of a severe economic crisis. The Foundation’s assets were eroded by inflation in the early 1970s, and the damage was compounded by the oil crisis and worldwide economic crisis in 1974-1975. The RF had to rein in or terminate some of its programs to compensate for drastically reduced assets, which declined a full 59% between 1964 and 1978.

The Quality of Environment program was an easy target.

In 1973, only four years after the program started, the Foundation was already considering phasing it out. A trustees’ report from that year sounded an ominous note:

The question remains open as to whether the Foundation can make a significant contribution [in the environmental field], what with the other demands on our resources and the real need to maintain a small number of focused programs.

Many of the Quality of Environment grants could be absorbed into the Rockefeller Foundation’s work in agriculture and international affairs, and the program was not supporting any field operations or institutions that were completely reliant on Rockefeller Foundation funding. There were also no truly strong trustee advocates for the program; some criticized the program for not having a strong international component, and others thought the environmental movement (and by extension, the Quality of Environment program) was too elitist.

The Quality of Environment program was terminated on June 30, 1978. Although short-lived, it had a few notable successes and set the stage for the Foundation’s future environmental work.