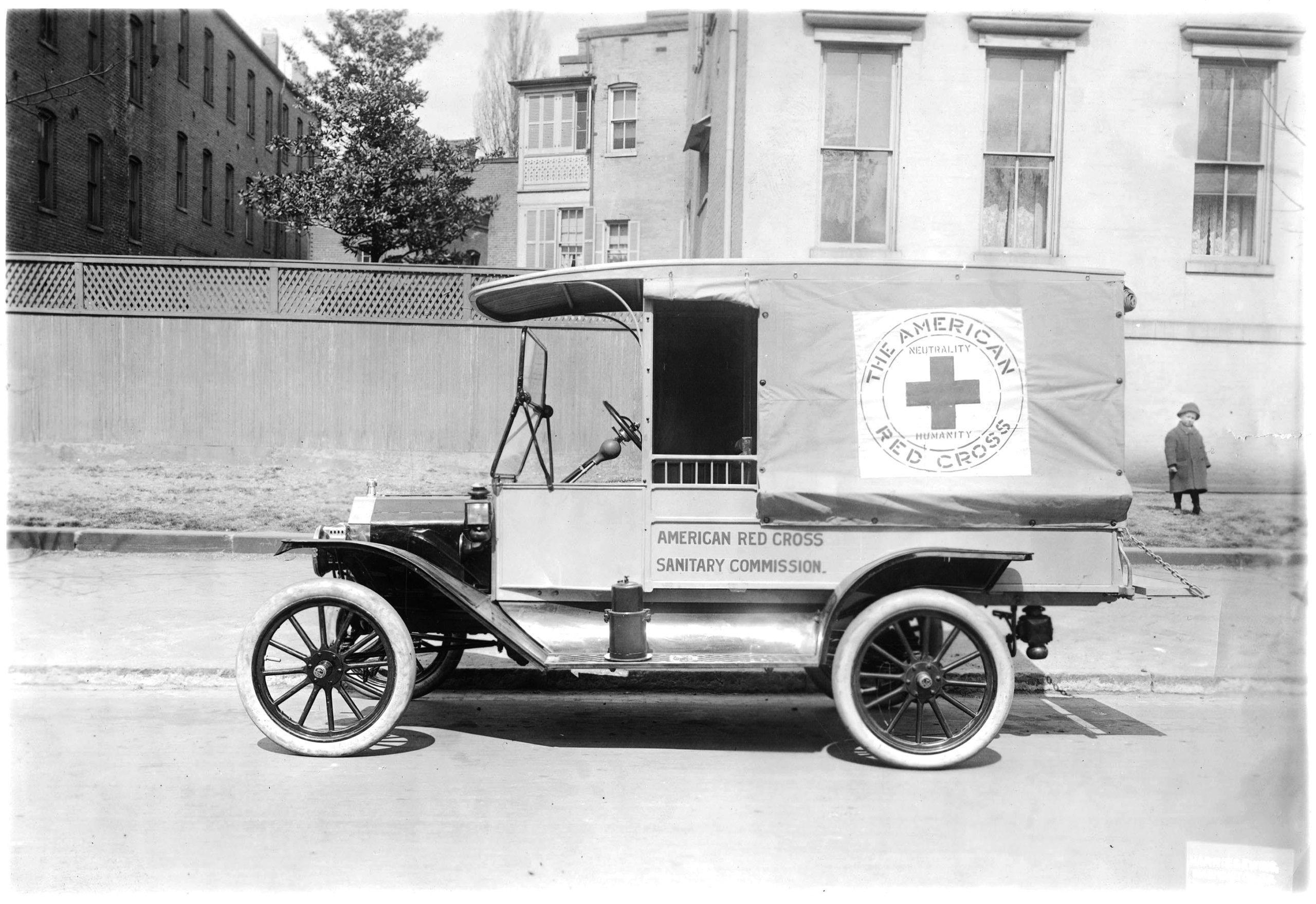 Timeline: American Foundations and the History of Public Health

By: Rachel Wimpee and Barbara Shubinski

Working in the US and around the world, American philanthropic foundations have engaged in public health programs since the turn of the twentieth century. Initially, these programs focused on specific disease control measures through medical research, new treatments, outreach and education for prevention. Philanthropic support also enabled the development of new vaccines and approaches to health and wellness, and broadened the scope of our understanding of human behavior and sexuality.

Through this work, American foundations made important inroads in creating the public health system itself. Private philanthropy helped enable the training of new professionals and coordinated with governments to spread the public health model worldwide. In today’s moment of COVID-19 pandemic crisis, this timeline looks at selected key inflection points in the history of American foundations’ engagement with public health. These episodes underscore the impact of public-private partnerships in approaching global health issues. 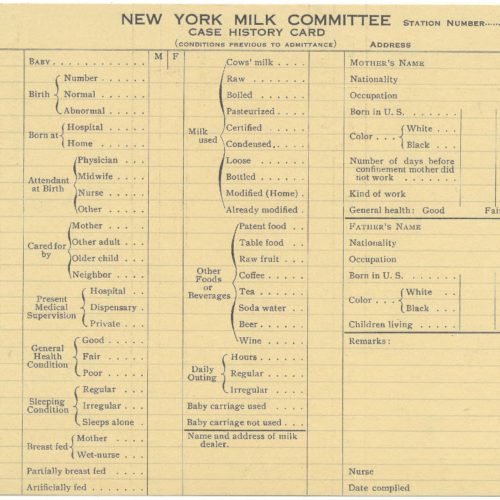 The Rockefeller Sanitary Commission is Established

One million dollars from John D. Rockefeller established the Rockefeller Sanitary Commission for the Eradication of Hookworm (RSC), an organization dedicated to combatting hookworm in the American South. Although dedicated to a single disease, the RSC essentially established a model for building public health infrastructure, and greatly influenced future public health work throughout the United States and abroad. 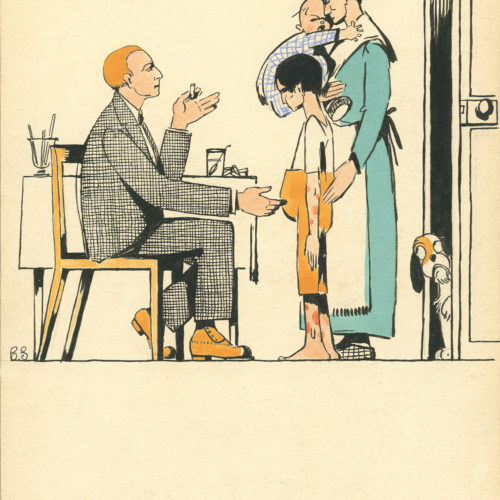 Public Health: How the Fight Against Hookworm Helped Build a System

A hundred years ago, hookworm disease was an epidemic across the US South. Northern philanthropy tried to help.

From 1911 to 1934, the Bureau of Social Hygiene (BSH) funded research and sought to influence public policy on a number of issues related to sex, crime, and delinquency. Its earliest efforts concentrated on surveying the scope of prostitution in New York City and the reform of young women involved in the trade. The BSH also devoted significant efforts to sex education, sponsoring the publication of materials related to sexual health and working with state departments of health to disseminate these materials among the general public.

First Meeting of the China Medical Board

The Rockefeller Foundation (RF) entered China with an ambitious goal: to build modern medical schools in both Beijing and Shanghai. By establishing the China Medical Board in 1914 and purchasing the Union Medical College from the London Missionary Society in 1915, the Foundation took its first steps toward that goal.

The China Medical Board (CMB) was created in 1914 as one of the first operating divisions of the Rockefeller Foundation. Provided with a $12 million endowment and separately incorporated as CMB, Inc. when the Foundation was reorganized in 1928, the Board’s aim was to modernize medical education and to improve the practice of medicine in China. One of the CMB’s first actions, in 1915, was beginning the process of establishing the Peking Union Medical College.

The School of Hygiene and Public Health at Johns Hopkins was founded in 1916 with funding from the Rockefeller Foundation. The school was the first of its kind in the United States and became enormously influential in the new field of public health.

Cleveland philanthropist Anna Harkness started the Commonwealth Fund in 1918 with a gift of nearly $10 million. Its mission was to “do something for the welfare of mankind.” The first president of the Fund was her son, Edward Stephen Harkness. 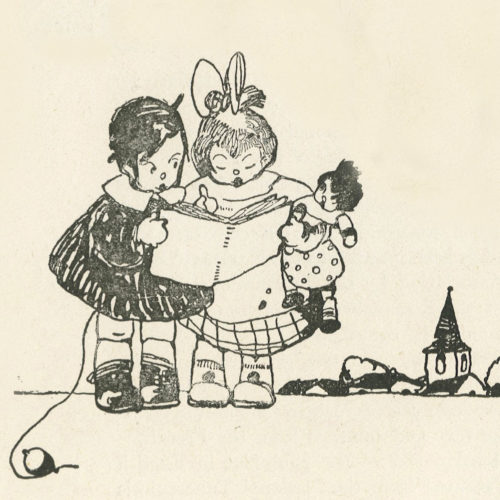 Cover Your Mouth: Controlling an Epidemic Through Hygiene

Particular attention was paid to the school’s architecture and campus plan. According to the RF’s 1917 Annual Report, when construction was underway, “While the buildings will embody all the approved features of a modern medical center, the external forms have been planned in harmony with the best tradition of Chinese architecture. Thus they symbolize the purpose to make the College not something foreign to China’s best ideals and aspirations, but an organism which will become part of a developing Chinese civilization.” Nationalized in 1949, PUMC remains one of China’s premier medical institutions today.

When the Commonwealth Fund launched its Division of Rural Hospitals in 1926, more than half of U.S. counties, many of them rural and impoverished, had no hospital at all. The demonstration began as a partnership with six rural communities. The Fund covered the bulk of hospital building costs, while local officials procured the remainder and took care of ongoing maintenance.

Max Theiler, working for the Rockefeller Foundation in the Foundation’s labs at the Rockefeller Institute for Medical Research, developed a yellow fever vaccine called 17D that was based on a weak form of the virus. Dr. A.J. Warren, Assistant Director of the Foundation’s International Health Division, was the new vaccine’s first test subject in 1936. When he remained asymptomatic and produced blood that inoculated mice from the disease, Theiler knew he had created an effective tool in the fight against the disease.

Advent of the Pap Smear

A 1941 Commonwealth Fund grant to Dr. George N. Papanicolaou supported his vital research leading to the Pap smear as a means of identifying cancerous cells, and enabled the 1943 publication of Diagnosis of Uterine Cancer by the Vaginal Smear. As a result of this work, the Pap smear (named for the doctor) is now a routine aspect of gynecological care and has saved millions of lives. 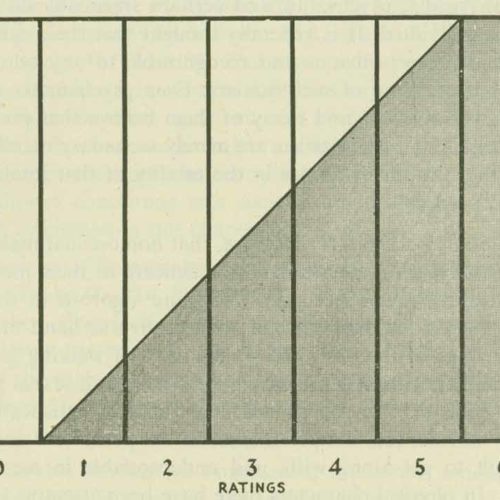 The inside story of the study that first questioned binary sexuality and spurred outcry and controversy.

Between 1928 and 1938, nearly 800 hospitals had closed across the US, a period in which the American population grew by nearly a million. In 1942, the Commonwealth Fund joined forces with the W. K. Kellogg Foundation and the National Foundation for Infantile Paralysis to create the Commission on Hospital Care.

The Commission’s careful documenting of the inadequacy and haphazard distribution of hospitals across the country was crucial to passage of the seminal Hospital Survey and Construction Act of 1946. The legislation — better known as Hill-Burton, for its Senate sponsors Lister Hill of Alabama and Harold Burton of Ohio — called for the equitable disbursement of federal funds for hospital construction across the states.

In the 1960s, an acute shortage of physicians was limiting access to primary care services in rural and inner-city areas of the US. Believing that public health nurses could be trained to take on many aspects of routine pediatric care, the Commonwealth Fund supported the nation’s first nurse practitioner education program, launched at the University of Colorado Medical School in 1966.

Two years later, in 1968, the Fund began sponsorship of the Duke University School of Medicine’s Department of Community Health Sciences, which had been exploring a new category of health care worker: the physician assistant. Conceived as a professional with some background in health – gained through military service, for example – the physician assistant would be trained to handle routine but time-consuming tasks, such as taking medical histories and conducting diagnostic tests. The next year, Duke began sending graduates to rural and inner-city communities to deliver primary care as part of a pilot training program supported by the Commonwealth Fund, the Carnegie Corporation, and the Rockefeller Foundation.

The Rockefeller Brothers Fund and Commissions on AIDS

In 1991, the Rockefeller Brothers Fund (RBF) made grants supporting two organizations concerned with the impact of AIDS on minority communities. The first was the Black Leadership Commission on AIDS (BLCA), a consortium the RBF had helped the New York Urban League establish in 1987. The 1991 grant enabled BLCA to engage the Black media, create a newsletter, and create a computerized listing of AIDS services available to the community. BLCA’s example then prompted Latinx leaders to launch the Latino Commission on AIDS to address the particular barriers facing this community, including language, immigration status, and cultural norms. At the time, 91 percent of children with AIDS and 85 percent of infected women were either Black or Latinx.

The Commonwealth Fund established its Women’s Health Program in 1992, and released the Survey of Women’s Health, the first comprehensive national survey to pay attention to the specific health needs of women. Five years later, the Women’s Health Program released a groundbreaking study of the health of adolescent girls, which received more media coverage than any of its other studies to date. Its results were shocking, showing that one in five high schools girls had experienced physical or sexual abuse, one in four did not receive regular health care, and one in four reported experiencing symptoms of depression. 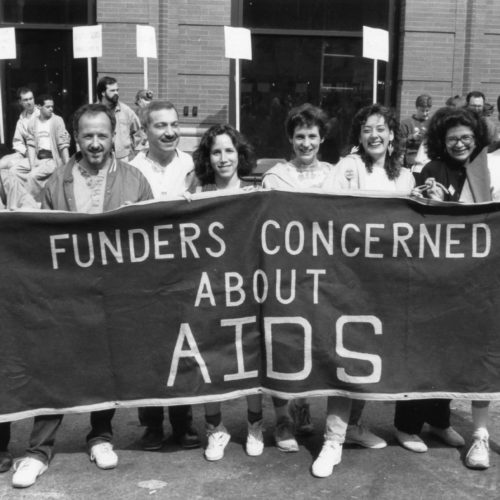 Philanthropy’s Search for an HIV Vaccine: Building Public-Private Partnerships in a Global Pandemic

How a meeting of scientists and health experts sparked a new international campaign to find a way to prevent AIDS.