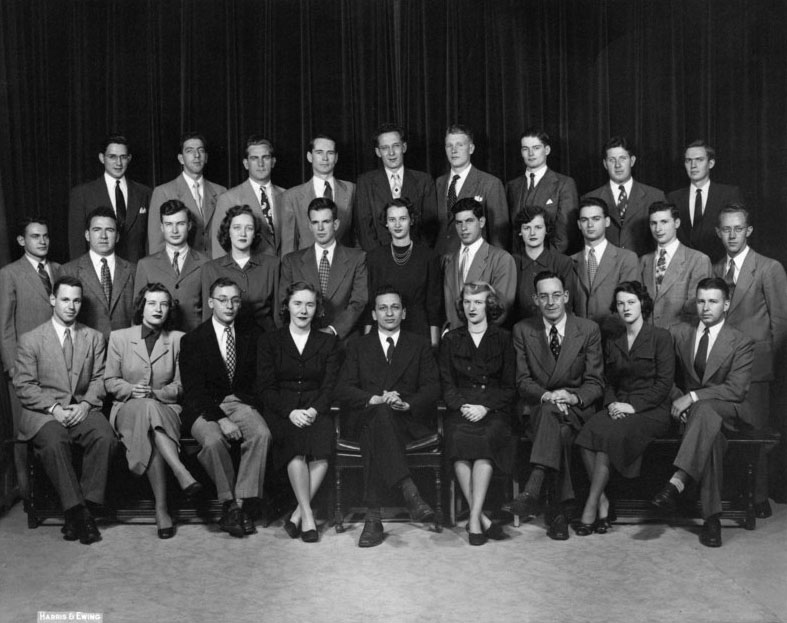 Philanthropy and Good Government: The Rockefeller Foundation and Public Administration

From the outset, the Rockefeller Foundation (RF) and its predecessor institutions worked closely with government agencies. Whether it was the Rockefeller Sanitary Commission for the Eradication of Hookworm (RSC), the General Education Board (GEB), or the International Health Division (IHD), the aim was to encourage state, county and local governments to take on new tasks in public health and education and to administer them skillfully.

Through training programs and individual fellowships these and other Rockefeller philanthropies sought to elevate the competence of people working in specific professional domains such as public health administration, social service administration or community planning. A much broader interest in the field of public administration took shape during the Great Depression.

PACH and the Spelman Legacy

After most of the activities of the Laura Spelman Rockefeller Memorial (LSRM) were absorbed into the Rockefeller Foundation in 1928, much of LSRM’s work in public administration was carried on by the newly created Spelman Fund of New York (which had been endowed with a residual $10 million from LSRM). Receiving periodic grants from the Foundation, the Spelman Fund built upon LSRM’s public administration program until 1949 when the Fund was finally dissolved.

Working with Charles Merriam and others at the University of Chicago, the Fund created the Public Administration Clearing House (PACH), known as “1313″ for its Chicago address at 1313 East Sixtieth Street. It carried out research in direct collaboration with government agencies across the country and through diverse associations of public officials such as the Civil Service Assembly, the Municipal Finance Officers Association and the International City Managers’ Association.

Responding to the Wider Federal Role

While the Rockefeller Foundation had begun tentatively to support academic programs in public administration in the 1920’s at the University of California’s Institute of Public Administration and Syracuse University’s Maxwell School of Citizenship and Public Affairs, the Foundation’s interest in the field exploded in the 1930s. New Deal agencies sparked a rapid expansion of the federal work force. Challenges of recruitment, training and re-shaping the career ladders of federal service came to the fore.

In 1935 the Rockefeller Foundation embarked on a formal program in public administration. The first and largest grant of $1 million went to the Spelman Fund for use at the discretion of the Fund’s trustees; a $2 million grant followed in 1938. Universities also benefited. At Harvard a grant was used to initiate training at the graduate level, leading ultimately to Harvard’s Graduate School of Public Administration. In Washington, American University was encouraged by the Civil Service Commission to develop in-service training programs for federal employees. Other universities in Chicago, Cincinnati, Minnesota, and Virginia also established training programs.

The Foundation turned as well to coordinating bodies. The National Institute of Public Affairs served as a liaison between universities and government agencies in devising internships and training opportunities for students. The RF staff also looked to the Social Science Research Council (SSRC) to coordinate research projects. In working with the SSRC, the aim was

to define objectives and to add to the general store of administrative knowledge, so that as government faces new problems and expands its already formidable functions, those who must make administrative decisions may profit by recent and current experience.The Rockefeller Foundation, Annual Report 1935 (New York, The Rockefeller Foundation, 1935) 244.

An SSRC committee was employed to study the implementation of new programs such as the Emergency Relief Act of 1935 and the Social Security Act and to help devise an administrative structure for a new quasi-public corporation, the Tennessee Valley Authority.

While responding to urgent New Deal administrative challenges, the RF was also building an academic field. Nowhere was this more evident than at Harvard where faculty members in the School of Public Administration received funds to plan the curriculum, organize field work for students and develop the graduate degree program.

The public administration program of the 1930s also began to look abroad. There, as in the US, the aim was “to assist the movement which in democratic countries is changing public administration from a legalistic discipline, preoccupied with the intricacies of bureaucratic structure, to an objective and pointed study of the actual problems with which governmental agencies are faced.”The Rockefeller Foundation, Annual Report 1938 (New York, The Rockefeller Foundation, 1938) 260. European economic research institutes often received funding for data-collecting projects that were in service to governmental agencies.

In the post-war years, the Foundation looked toward developing countries, aiming to improve administrative capacities there. A grant to the International Bank for Reconstruction and Development helped nascent central banks, ministries of finance and economic affairs in emergent nations to build libraries. Training fellowships helped public officials, especially diplomats and economists, undertake graduate study. And public administration programs around the world, notably those at the Colegio de Mexico and the University of the Philippines received a boost.

In the mid-1960s, the University Development Program and its successor, the 1970s Education for Development program, sought to improve professional training in Latin American, Asian and African universities. These programs aimed to develop indigenous faculty and ultimately to train leaders for both public and private sector institutions. The general field of public administration received support in several universities, but the focus was shifting. Public sector needs were more specific, and public agencies were increasingly specialized. The focus everywhere was on more specialized training in economics, demography, agriculture, nutrition, rural public health.