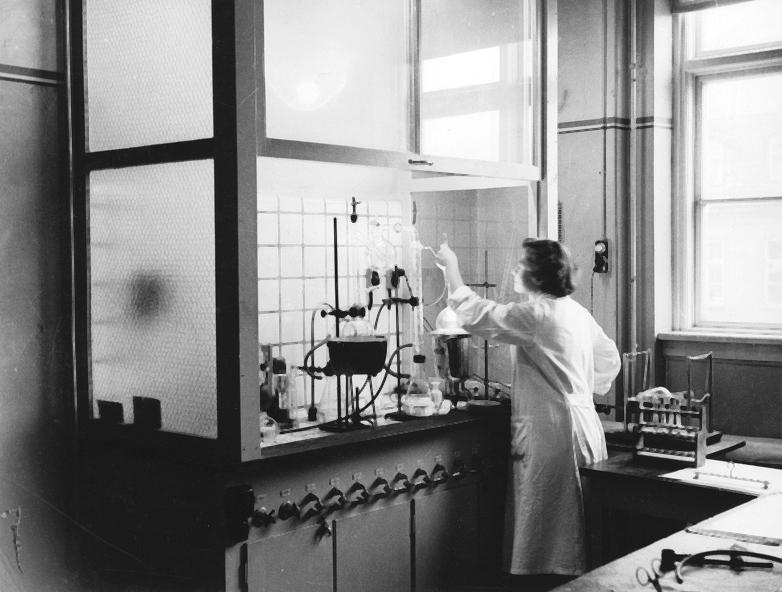 “For Initiative and for Experiment”: The International Education Board, 1923-1938

In a democracy non-governmental institutions serve an important purpose; they have greater freedom for initiative and for experiment; they thus serve to stimulate and guide governmental effort.

Wickliffe Rose penned these words soon after the establishment of the International Education Board (IEB). Rose’s faith in the value of education and his belief that education was integral to democratic ideals led him to suggest the creation of the organization.

“A Bird of Passage”

Incorporated in 1923, with funding from John D. Rockefeller, Jr., the IEB was dedicated to “… the promotion and/or advancement of education, whether institutional or otherwise, throughout the world.”Minutes of IEB, February 8, 1923, RAC, RG 2B 05, IEB, Series 1, Box 5, Folder 72. Rose had long considered the establishment of such an organization, noting his ideas and eventually compiling them as “Scheme for the Promotion of Education on an International Scale.” Rose’s plan roughly outlined policy and suggested programming. Describing the work of the organization, Rose wrote:

The IEB will regard itself as a bird of passage; will therefore undertake no permanent functions; will establish and maintain no institutions of its own; will seek rather to encourage development of institutions that may be depended upon to derive their support from the people they serve; will seek to direct its efforts to fields of educational activity that may be regarded as germinal …

Wickliffe RoseWickliffe Rose, “Scheme for the Promotion of Education on an International Scale, RAC, RG 2B 05, IEB, Series 1, Box 5, Folder 72.

With a few notable exceptions, the International Education Board focused its funding in the areas of agriculture and the natural sciences. IEB support was extended through grants to universities and research institutes, as well as to promising individuals through fellowships. In 1923, with Europe still reeling from the effects of World War I, Rose conducted a five-month survey of the continent to identify the institutions and individuals most deserving of IEB dollars. Rose met with scientists, toured labs and inspected universities.

With Rose’s survey complete, a larger staff was hired to administer the IEB program. Augustus Trowbridge, from Princeton University, served as the Director of Natural Sciences, and Albert R. Mann, from Cornell University, was named the Director of Agriculture. A Paris office was established to facilitate the international exchange of scholars, while staff member W.E. Tisdale toured Europe interviewing potential fellowship candidates. IEB was not concerned with equitable distribution of its funds, and the majority of IEB grants were disbursed in Europe.

One of the first and most important institutional grants made by the IEB was to Niels Bohr and the Institute for Theoretical Physics at the University of Copenhagen. Bohr was already a renowned physicist when he applied for funding in 1923, but his application underscored his need for lab equipment and an expanded workspace to accommodate the greater number of foreign physicists wishing to train with him. Bohr wrote,

Naturally I wish very much indeed to be able to receive as many properly qualified physicists as possible and to offer them good working conditions, so that they may carry on with the greatest possible vigor the development of atomic physics which has given and continually promises most important results, and so that by the training of foreign physicists it may be possible to cooperate with other physical and chemical institutes and unite them in the work.

The International Education Board granted Bohr a sum of $40,000 and later went on to support other components of the University, including the Institute of Physical Chemistry and the Department of Physiology. Twenty-five IEB fellows had the opportunity to study under Bohr, and the money expended at Copenhagen helped to create a revolutionary interdisciplinary approach to scientific research whose effects were to be felt worldwide.

IEB fellowship recipients quickly became major figures in their fields of study. Enrico Fermi received a fellowship in 1924 to study at the University of Leiden in Holland. Commenting on the quality of Fermi’s work, his supervisor noted that he was the type of individual whom the IEB should continue to aid and that he “… found him thoroughly well trained and perfectly fitted to make the best use of the opportunities the Board had given him for foreign study.”Letter from Augustus Trowbridge to Wickliffe Rose, March 14, 1925, RAC, RG 2B 05, IEB, Series 1, Box 48, Folder 723.

Werner Heisenberg received a fellowship to work with Bohr, and was eventually handpicked by Bohr to be his assistant. As Trowbridge noted,

It looks as though our support of Heisenberg has been a really very fine thing not only for himself but for his science.

Fermi and Heisenberg both eventually received Nobel prizes for their respective research.

While the majority of its work was confined to Europe, the International Education Board did support projects in the United States. Its largest appropriation was awarded to the California Institute of Technology for the construction of a telescope at Mount Palomar. Significant support in the humanities was directed to the Oriental Institute at the University of Chicago.

Winding Down the International Education Board

In fifteen years, the IEB supported 57 institutions and 603 fellows, including 509 in the natural sciences.George W. Gray, Education on an International Scale (New York: Harcourt, Brace and Company, 1941) 94. In its 1928 reorganization, a major overhaul of programs and centralization of administration, the Rockefeller Foundation created a new Division of Natural Sciences and gradually, the Foundation took over the work of the IEB. The Natural Sciences staff relied on the network built by the IEB in Europe, as well as its robust network of scientific contacts. Rose himself retired in 1928, after more than two decades serving not only the IEB, but the General Education Board, the Rockefeller Sanitary Commission, and the International Health Division. The IEB was officially closed on December 31, 1938.