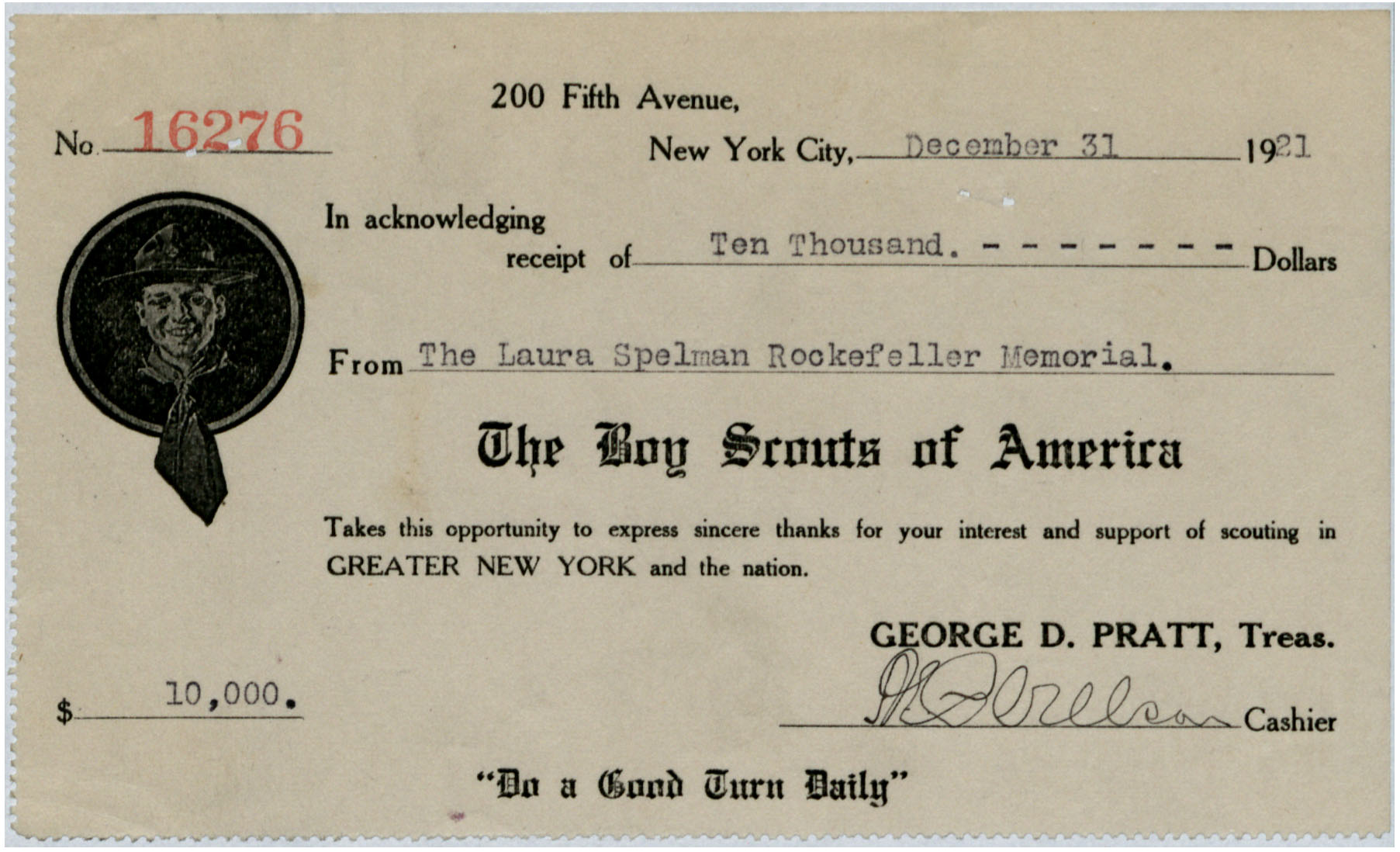 John D. Rockefeller (JDR) created the Laura Spelman Rockefeller Memorial (LSRM) in 1918 as a way to honor and support his late wife’s charitable causes. During its decade-long existence, he donated some $74 million to the Memorial. After a few initial years of conventional charitable giving to Baptist churches and other large organizations like the Salvation Army, the Boy Scouts and Girl Scouts, and the YMCA and YWCA, LSRM began to pursue goals in the social sciences more congruent with the “scientific philanthropy” of other Rockefeller organizations. Over the next seven years, in fact, LSRM would have a transformative effect on the social sciences by consistently encouraging objective scientific and interdisciplinary investigations while also encouraging practical applications of the knowledge gained through such investigations.

A Vision for the Social Sciences

Beardsley Ruml, a visionary young psychologist, engineered LSRM’s transformation after he became director in 1922 at the age of twenty-seven. Ruml and a staff of young Ph.D.s started their tenure at LSRM by surveying the state of social science research and training. A series of reports and memoranda produced between 1922 and 1924 outlined LSRM’s strategy.

An examination of the operations of organizations in the field of social welfare shows as a primary need the development of the social sciences and the production of a body of substantiated and widely accepted generalizations as to human capacities and motives and as to the behavior of human beings as individuals and groups.“General Memorandum by the Director,” by Beardsley Ruml, September 1922, Rockefeller Archive Center (RAC), LSRM, Series 2, Box 2, Folder 31.

While aiming to advance basic social knowledge, Ruml and his colleagues sought simultaneously to improve the mechanisms for applying that knowledge to solving real world problems.

In 1923 Lawrence Frank, who would later join the LSRM staff, was commissioned to assess the state of American social science, much as Abraham Flexner had assessed medical training nearly two decades earlier. Frank set out to identify the graduate programs providing sound graduate training, opportunities for field work, and promising career trajectories. He found training to be inconsistent, with minimal course work in research methods and very few dissertations based on empirical work. He lamented the absence of research fellowships and limited publishing opportunities.

LSRM staff members feared that its work would be subject to partisan and ideological criticism. Memories of the Walsh Commission investigations still lingered. Ruml conferred with more experienced Rockefeller officials and drafted twelve principles to guide the Memorial.“General Memorandum by the Director,” by Beardsley Ruml, September 1922, Rockefeller Archive Center (RAC), LSRM, Series 2, Box 2, Folder 31. Six principles were safeguards to keep the Memorial out of the political fray. The first stated clearly that the Memorial would avoid funding groups whose primary task was to advocate for specific legislation. Six additional principles described the kinds of research institutions and projects that would be supported, including fellowships, conferences, publications, and demonstration projects.

The strategies Ruml and his colleagues pursued were familiar ones. They had seen the value of individual fellowships in public health and medicine. LSRM would follow that path, funding fellows in every social science discipline, including 165 foreign fellows, between 1924 and 1928. Like other Rockefeller philanthropic staff, Ruml believed in working with already solid institutions, or “making the peaks higher,” according to Wickliffe Rose.

The University of Chicago was LSRM’s most substantial beneficiary and, arguably, its greatest institutional success. Charles Merriam, Robert Park, and Ernest Burgess were supported throughout the 1920s, and their research reflected new developments in political science and sociology as they studied contemporary urban communities and the city’s political institutions. The School of Social Service Administration received over $725,000, and the university received another $1.1 million to build its Social Science Research Building.

At times, LSRM concentrated its funding in particular fields, supporting multiple researchers on several different campuses. Sydnor Walker, a Vassar-educated and Columbia-trained economist who would later continue her career at RF, oversaw LSRM’s efforts to improve training for social workers with grants to the New York and Atlanta Schools of Social Work, as well as to universities, including Tulane University, the University of North Carolina, and Case Western Reserve University.

Child development was a field of particular interest to Frank. He believed the study of child development promised to serve the twin goals of advancing science and improving the welfare of children and families. While “parent education” proved to be a controversial and short-lived fad and was ultimately abandoned, LSRM did build an infrastructure for research and training in child studies by creating child studies institutes at a half dozen universities, including the Universities of Iowa and Minnesota; the University of California, Berkeley; the University of Toronto, and Yale and Columbia Universities.

Work in economics also received significant support. LSRM funded the National Bureau of Economic Research, where Wesley Mitchell was doing pioneering work on business cycles and national income accounting. NBER’s early success and ultimate survival owe much to LSRM’s consistent support over a ten-year period, funding that was continued at even more substantial levels by the Rockefeller Foundation (RF). Another struggling institution, the London School of Economics, was virtually transformed with $1.25 million in grants that built facilities, improved its library, supported research projects and the hiring of full-time faculty, and increased the institution’s tiny endowment.

Working Across the Disciplines

Early on, Ruml had seen the need for the coordination of work in the social sciences. The old disciplinary associations were not up to the challenge. Merriam and others had begun to see the need for an entity that would coordinate research and foster interdisciplinary projects. In 1923 he and others came together to form the Social Science Research Council (SSRC), which organized problem-oriented committees that proved useful to LSRM and later to the RF. The SSRC served as a locus for exploring new directions in the social sciences and for identifying talented scholars.

The Final Days of the LSRM

In 1927, when Raymond Fosdick began the process of reorganizing all of the Rockefeller philanthropies, LSRM’s days as an independent entity were numbered. There was a growing sense that the various Rockefeller boards, commissions, and institutes would benefit from coordination. Additionally, some Trustees complained about Ruml’s autonomy and his free-spending ways. Fosdick wanted to consolidate all of the various Rockefeller research activities, whether in medicine, natural sciences or social sciences, within the RF.

In May 1928, the committee on reorganization recommended that the Memorial cease to exist as a separate entity. The merger was approved in January 1929. Its programs become part of a new RF Division of Social Sciences under the direction of Edmund E. Day. Some of LSRM’s remaining funds, more than $17 million, were spent on projects in memory of Laura Spelman Rockefeller. A residual $10 million was used to create the Spelman Fund of New York, which carried on work in public administration and inter-governmental relations for another twenty years.

In its brief life, LSRM pushed American social science in new directions: toward more empirical research, quantitatively oriented analysis of data, field work, and demonstration projects. The principles Ruml and his staff articulated between 1922 and 1924 shaped RF work in the social sciences for decades to come.