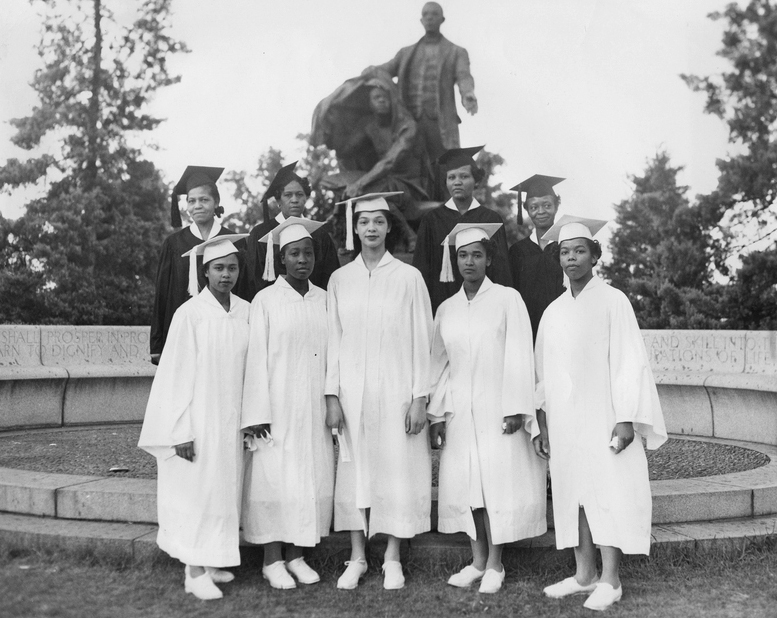 The General Education Board

The General Education Board (GEB) was devoted to the cause of improving education throughout the United States. Its efforts included a number of key initiatives focusing on public education in the South and the improvement of medical education.

The GEB was incorporated in 1903 to foster “the promotion of education within the United States of America, without distinction of race, sex, or creed.”“General Education Board: Purpose and Program,” Rockefeller Archive Center (RAC), Family Records, Rockefeller Boards, GEB, III 2 O, Box 15, Folder 145. John D. Rockefeller, Sr., (JDR Sr.) made an initial commitment of $1 million to the organization, but his contributions quickly grew to $43 million by 1907. The total of these donations marked, at the time, the largest gift to a philanthropic organization in the history of the United States.

Agriculture was one of the earliest concerns of the Rockefeller philanthropies. The General Education Board, established to improve education in the southern United States, quickly realized that better farming practices were the key to better schools. Its strategy was to increase crop yield, thereby raising farm incomes and building a stronger tax base to help fund public education.

From 1906 to 1914, GEB field agents collaborated with the U.S. Department of Agriculture (USDA) to create over 100,000 demonstration farms promoting “scientific agriculture” across the South. They identified each community’s best farmers and persuaded them to dedicate a portion of their land to new types of seed and fertilizer and adopt modern techniques of crop rotation, furrowing, and soil conservation. Higher yields (and profits) then did the rest of the work, as word spread from farmer to farmer.

A wide range of GEB social and cultural programs remade rural life from top to bottom. Night classes in local school districts used demonstration pamphlets to teach adult literacy and reinforce the benefits of a scientific approach to agriculture. Corn and poultry clubs for young people fostered a future generation of scientifically inclined, business-minded farmers. Their young members then carried the concepts of efficiency and rational management back into family life after attending lessons on household budgeting, modern canning techniques, and domestic science. Summer institutes for farm families at agricultural colleges drew rural people into a regional institutional web. On multiple fronts, GEB programs encouraged farmers to re-conceptualize agriculture as a business enterprise.

The modernizing impulse first evidenced in the GEB’s work reappeared time and again in Rockefeller Foundation (RF) agriculture programs. From rural reconstruction in China in the 1930s to the “Green Revolution” in Latin America and Southeast Asia in the 1960s, RF programs displayed the basic goals and methods of the GEB. Each program, in its own way, sought to integrate impoverished, small-hold farmers into world markets. Each program attempted to transform not only the economy, but also the customs and culture of rural societies. And each employed the basic methods developed in the GEB’s earliest years: demonstration, specialized training, and the introduction of scientific management principles.

The first project undertaken by the GEB sent agents across the South to survey and report on conditions in all schools, for both Black and White students. Agent W.T.B. Williams wrote exceedingly honest narratives of the conditions he encountered. Williams reported on overcrowded and dilapidated schoolhouses and underpaid teachers and commented extensively on the racial divide. Williams wrote from North Carolina, “There is in fact but little interest in negro education among the whites, I am led to believe, save in the cases of the very best elements, who are sadly in the minority.”W.T.B. Williams to Dr. Wallace Buttrick, January 19, 1904, RAC, GEB, Series 1.2, Box 200, Folder 1899. In 1907 Williams lobbied for increased support of Black Colleges, noting that they had received “…little or no assistance from the General Education Board for advancing their college work.”W.T.B. Williams to Dr. Wallace Buttrick, May 22, 1907, RAC, GEB, Series 1.2, Box 200, Folder 1898. In 1916 a GEB Committee on Negro Education recommended increased support for higher education in the African-American community, and a few years later the GEB launched a funding campaign in support of Black Colleges in the South.

The GEB also sought to create publicly funded school systems throughout the South. To persuade local populations that public schools were necessary, the GEB relied on a number of methods, including what came to be known as “circuit riders.” Circuit riders were professors hired as Chairs of Education by state universities but paid for by the GEB. They traveled across the region extolling the benefits of public education and lobbying local governments to raise taxes to pay for it.

Wallace Buttrick, Secretary of the GEB, understood that it was necessary not only to sell the idea of public education, but also to create the economic conditions to support such a system. Large portions of the South were poverty-stricken and rural, and many places had failed to recover from the economic devastation of the Civil War. These rural areas were populated largely by poor white tenant farmers and even poorer African-American farmers. Buttrick believed that the key to funding public education lay in stimulating the agricultural economy in order to create a viable tax base. To aid in agricultural development, Buttrick turned to Seaman Knapp of the United States Department of Agriculture (USDA).

Knapp adhered to the idea of “scientific agriculture.” He favored the use of farm demonstrations to teach farmers about new agricultural techniques and products. While Knapp had been using demonstrations to fight the boll weevil on cotton plantations, Buttrick believed demonstrations could also be used to show farmers how to increase their yields and profits. This increase in profits would, in turn, help generate revenues to fund public schools.

In 1906 the GEB made an agreement with the USDA to pay the salaries of agents who could conduct farm demonstrations on behalf of the GEB. The program proved to be enormously successful in stimulating agricultural output and profits.

However, critics of the system abounded. In 1914 the program came under scrutiny from government officials led by Senator William Kenyon of Iowa. Kenyon accused the GEB and JDR Sr. of using their wealth to influence politics. Certainly, the USDA-GEB relationship involved a private philanthropic organization helping to shape public policy. Supporters of the GEB’s work argued that the GEB simply provided much-needed financial support to a region and for a cause the government was unwilling or unable to fund. These supporters denied that the GEB manipulated local politics. As Bruce R. Payne, a GEB Chair of Education, wrote to Senator Thomas Martin of Virginia:

I have been most intimately connected with the work of the General Education Board in the South for the past ten years and I wish to bear testimony that no organization, no individual, has done as much for the building up of our higher education, of our secondary school system; for the improvement of rural education, for the wonderful achievement of improved methods of agriculture in the South as has this organization and its representatives. Many of them are Southern men, and I wish to assert without fear of successful contradiction, that they have worked through our Southern people exclusively, have not even imposed their own suggestions, except when requested to do so, and have left it to the wisdom and good sense of our good people to spend for social uplift any donations made.

The controversy ended with the passing of the Smith-Lever Bill in 1914. This bill created the Extension Service in the USDA, a program that mirrored the GEB but relied on federal funding and barred the GEB from participation.

Financial responsibility was another tenet of the GEB. At JDR Sr.’s insistence, all institutions wishing to receive GEB funding had to maintain transparent and balanced budgets. Colleges had to raise matching funds. To aid colleges in this requirement, the GEB hired Trevor Arnett to assess the state of university accounting practices and to write a manual to standardize methods of accounting. This research culminated in the 1922 publication of College and University Finance, which became hugely influential in the field of university administration.

One of the GEB’s most impactful accomplishments was the reform of medical education in the United States. The charge was led by Abraham Flexner, Secretary of the GEB, who had completed a comprehensive evaluation of existing medical programs in 1910. The GEB program of medical education existed from 1913 to 1929 and distributed $94 million to 25 medical schools.

The Legacy of General Education Board

In addition to its major programs, the GEB also provided many small grants throughout its existence. The GEB funded fellowships and conferences and provided emergency grants that helped to pay salaries and keep schools in operation during the Great Depression.

In the 1940s the GEB began to struggle with decisions about its future and its legacy. In a 1944 Trustee Report entitled The Future of the General Education Board, Raymond Fosdick wrote,

The job we started out to do forty years ago is far from completed. While in great ferment, the situation is full of hope and opportunity. It does not seem to us that we can wisely stop now. We are a stabilizing influence in the field and we have much in the way of leadership and experience to offer.

The General Education Board began to wind down its program in 1953, committing the last of its principal funds to such groups as the Council of Southern Universities and the Council for Financial Aid to Education, which it had created with the collaboration of three other foundations to encourage the business community to support colleges and universities. The GEB finally closed its doors in 1964, having expended a total of $324.6 million since 1902. From rural elementary schools to elite graduate and professional programs, the reach of the GEB had been wide. Its final grant, like one of its very first, went to Berea College in Kentucky. The aim was to support impoverished students, both Black and White, from Appalachia.